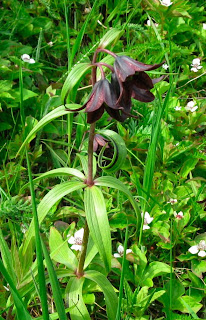 Hiking up toward Hope Point on the Fourth of July I remembered something that happened years ago on Resurrection Trail. It was the first time I'd done the entire route, starting in Cooper Landing and riding to Hope.

Jon and I were with our friends Kim and Alan. I was making my way up a climb when I noticed a smell in the otherwise fresh air. The unmistakable stench of an outhouse wafting through the field of wildflowers. Since this stretch of trail was new to me, I figured we were near a cabin. When I reached the group - waiting for me as usual - they were standing near some of the flowers. Kim offered a suggestion.

You've got to smell this flower, she told me. It's called a chocolate lily and it smells really good. Trusting my friend I pulled my nose to the flower and inhaled; the inhale of one who has just finished a long, steady climb.

Ugh! The beautiful wildflower had the stench of... well, of the outhouse. The odor I'd been smelling as I made my way through the meadow belonged to the sweetly-named chocolate lily. So lovely to look at. So intriguing in its color. Yet so deceiving.

Other plants from the hike: 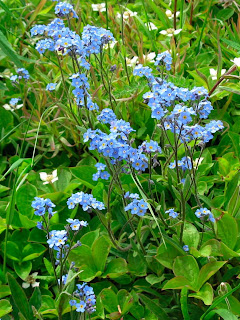 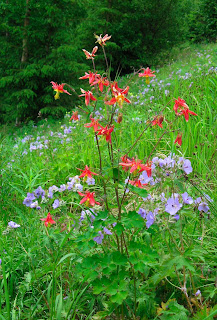 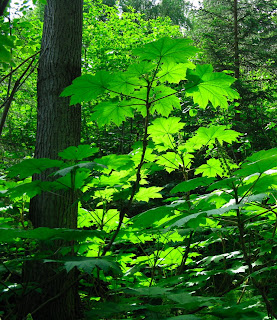 yep, I love wildflowers, I've Verna's book, delaminated from years of "fast and light - cold and hungry" hiking. Yes, wrinkled like a magazine left in a wicker bathroom basket, I carry its pieces in a zip-lock bag and refer to it regularly... so much beauty, such a short season...