Though I'm anxious for spring and an infrequent skier, I couldn't pass up a crust ski to Skookum Glacier, just one valley southwest of Portage valley. Not many people out there on a Thursday afternoon. A few snowmachiners and a mushing team. We started at Portage Glacier Road.

Most people would have used their skate skis, but I prefer my classics, which is a good thing because when Jon started out on his skates, he broke one on an alder. Luckily, we have the same bindings and had brought my skate skis just in case. Though a little short for him, they saved his ski. 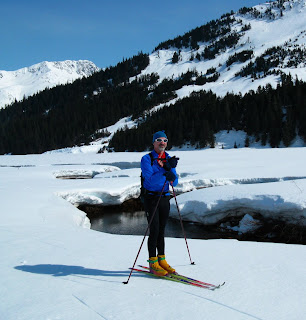 I'll admit, the biker in me wondered how it would have been to take the snow bike, but the softer afternoon conditions would have made it a bit of a death march. 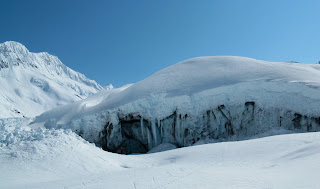 We met a few friends at the trailhead. Even though I was going at a different pace, I had a great time. I reached the glacier and decided that was far enough for me that day considering the ski back to the car. After a lunch break, headed back down the valley. 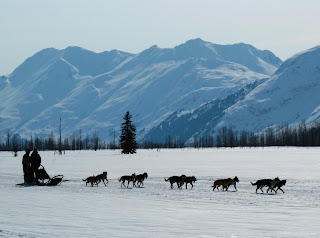