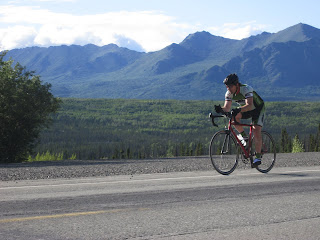 The first 100 miles of the race.
I don't process things well when I'm sleep deprived so I'm still processing the weekend that included a 600-mile road trip, in particular, a 28-hour overnight drive.

Jon and I returned Sunday morning from the trip that took us from Anchorage to Valdez and back. We were driving support for our friend, Leonard, who was racing the Fireweed 400 (mile) road bike race between Sheep Mountain and Valdez. From noon on Friday until 4 p.m. on Saturday, we leap-frogged Leonard and a handful of other riders and support cars in the all-nighter that took us along a two-lane highway that passes through some of the most beautiful scenery in the state. 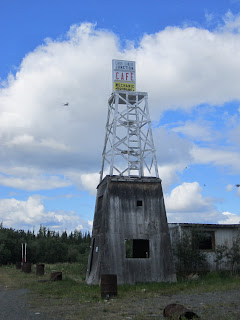 There was no mechanic (except Jon), no propane and no cafe.

I'm a little sad to say it's the first time I've been to Valdez since the year I moved to Alaska, and I don't think hanging out at Captain Joe's Gas Station (someone has a sense of humor) for maybe 20 minutes even qualifies since we never saw the water. But it sure reminded me that I need to get farther from Anchorage more often.

The closest I've been to Valdez in the last few years was the week I spent at a writing workshop at the Wrangell Mountains Center in McCarthy, an old mining town at the end of a 60-mile gravel road. On the way back from Valdez with the sun shining and views of Mt. Drum and Mt. Wrangell off in the distance, I thought it must be a beautiful day in McCarthy. But we still had a job to do. 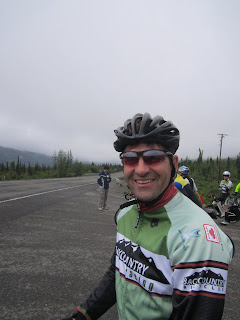 Leonard at the start, before climbing from the fog.
Along the way the drive included a start in the fog before we emerged into the sun and low clouds. Roaring, misting waterfalls, seemingly-endless spruce forests. Glaciers and wide, braided rivers; sunken, overgrown log cabins; a rock-strewn mountain pass that reminded me of photos of Ireland; hundreds of miles of the oil pipeline that ends in Valdez. By the end of the drive, clouds were taking on animal shapes and I might have been dancing along the side of the road. 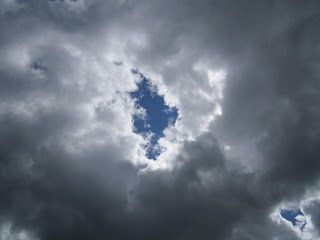 Donut cloud. Just before a sighting of a moose cloud
bouncing trampoline-style atop Gunsight Mountain. 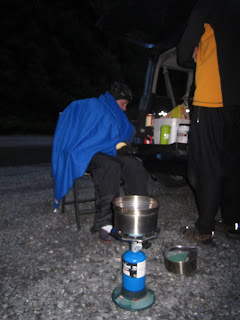 After Thompson Pass, taking a break in Keystone Canyon.
After crossing Thompson Pass and driving through Keystone Canyon the first time, I asked Jon to jot down some notes for me. I wanted to remember how a river looked. A braided river with trees growing on some of the rocky islands, fog shrouding their bases. It was around midnight and almost as dark as it would get: a deep twilight. I was tired, having been on the road almost 12 hours and everything I saw began taking on the magical quality of a dream that is so quickly forgotten upon waking. 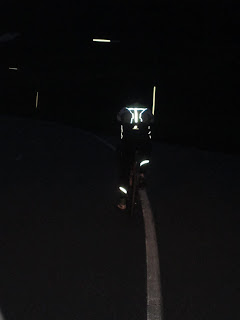 Almost at the top of the pass, more than half way through the race. 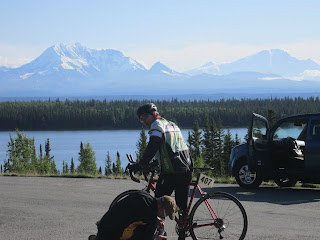 Jon provides tech support, lubing the cleats. Mt Drum in the distance.
It didn't have the same effect as we drove by again, this time with me in the passenger seat. But as we neared the top of the pass, we watched, pacing behind Leonard (the rules say we must drive close behind him from midnight until 5 a.m.) as we cut through the fog layer, hitting the top of the pass at 4 a.m. with a semi passing us as we began the descent. It would be another 12 hours before he finished the race taking 3rd place, an achievement I can barely comprehend. 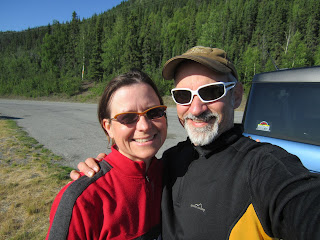 Here we are: crew for Team Fancher!
But the prospect of doing the 200-mile version of this race, from Sheep Mountain to Valdez, is starting to seem like something I might just want to do. Crazy.
Posted by bikegirl at 8:53 PM