It's been a busy spring for me as I've been picking up more hours at the shop. The unusually sunny and warm May has been great for business, but it's also been mighty exhausting. When Memorial Day Weekend rolled around, we weren't sure just how many customers would visit the shop. After all, there was the annual Denali Highway gravel-grinder; people would be taking their boats to Seward or Whittier for the season. People have lots to do on a three-day weekend.

Then there was the fire. Over 180,000 acres on the Kenai Peninsula burned in the last week and even today's rain has not stopped it. We had a few days of smoke in Anchorage; more people stayed in town, their plans to spend time on the Kenai thwarted by the fire.

The shop kept busy, but I tried to make plans. A Monday evening ride sounded like a great idea. So on Monday morning Jon loaded his mountain bike and a demo bike from the shop that I'd brought home to ride the other day into his car. We gathered our gear and drove into work. We would head out to Kincaid Park after the shop closed, ride a few trails and then head home. By the time five o'clock rolled around, a bike ride was the last thing I wanted to do. It was my "Friday" and all I wanted was to go home.

Jon still had work to do so he gathered his gear from the back of the car. I headed home and quickly nodded off. Later, I went out to the car to bring in the bike. That's when I saw that there were no pedals on it! That's right. I had taken the pedals off and put them back on my commuter the other day. When Jon loaded my bike he hadn't noticed that there were no pedals!

Good thing we hadn't driven out to Kincaid to do the ride because without pedals, I would have been out of luck. And it was a good reminder to me to always, always check out my bike before leaving the house. Because as well-intentioned as Jon was in loading the bikes, he has been working even more hours than I have and we're all bound to miss something when we're tired.


No ride pictures. Instead, here is a visitor to our neighbors' tulip patch.
Check out the look of guilt on its face in that third pic! 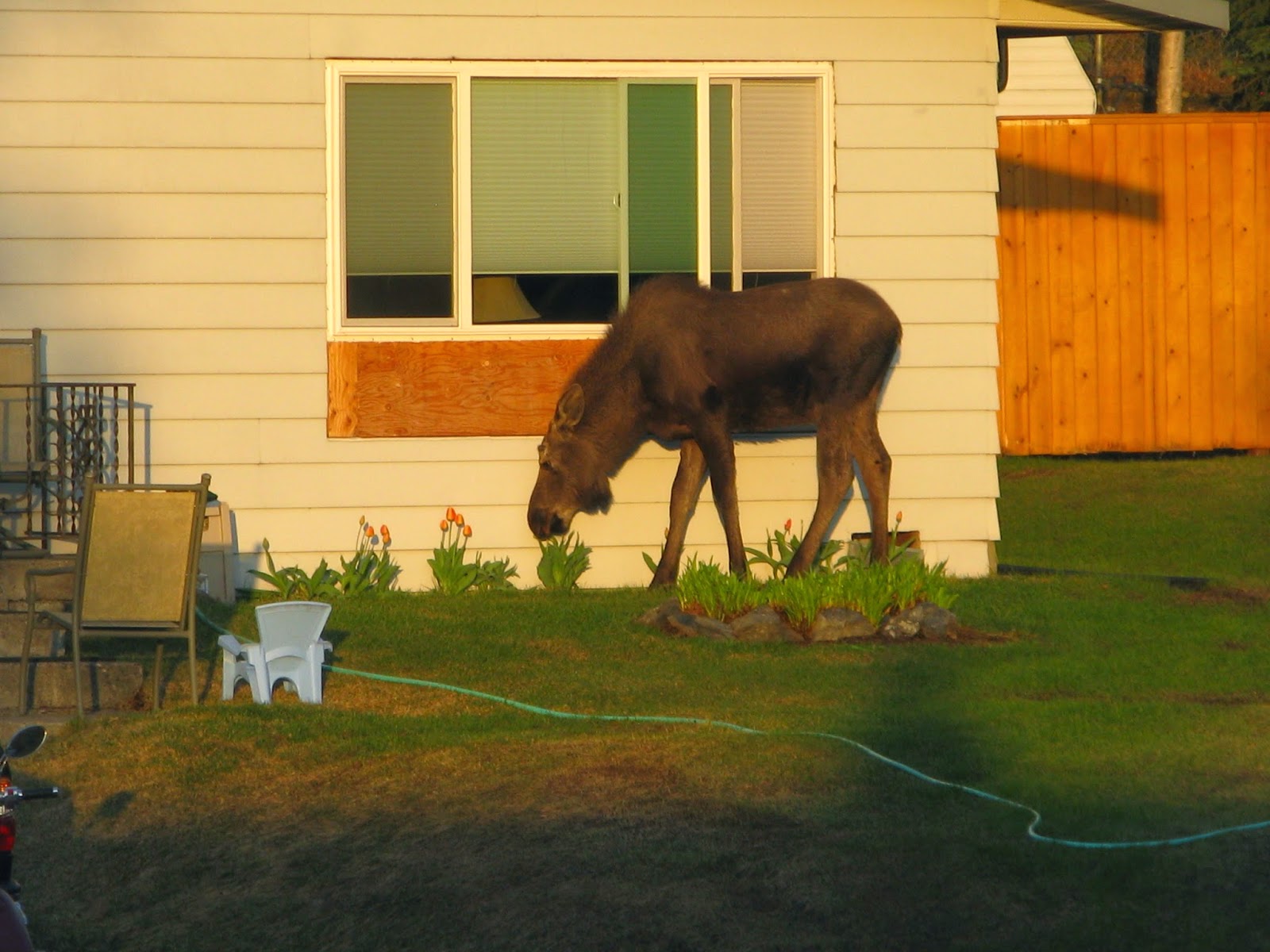 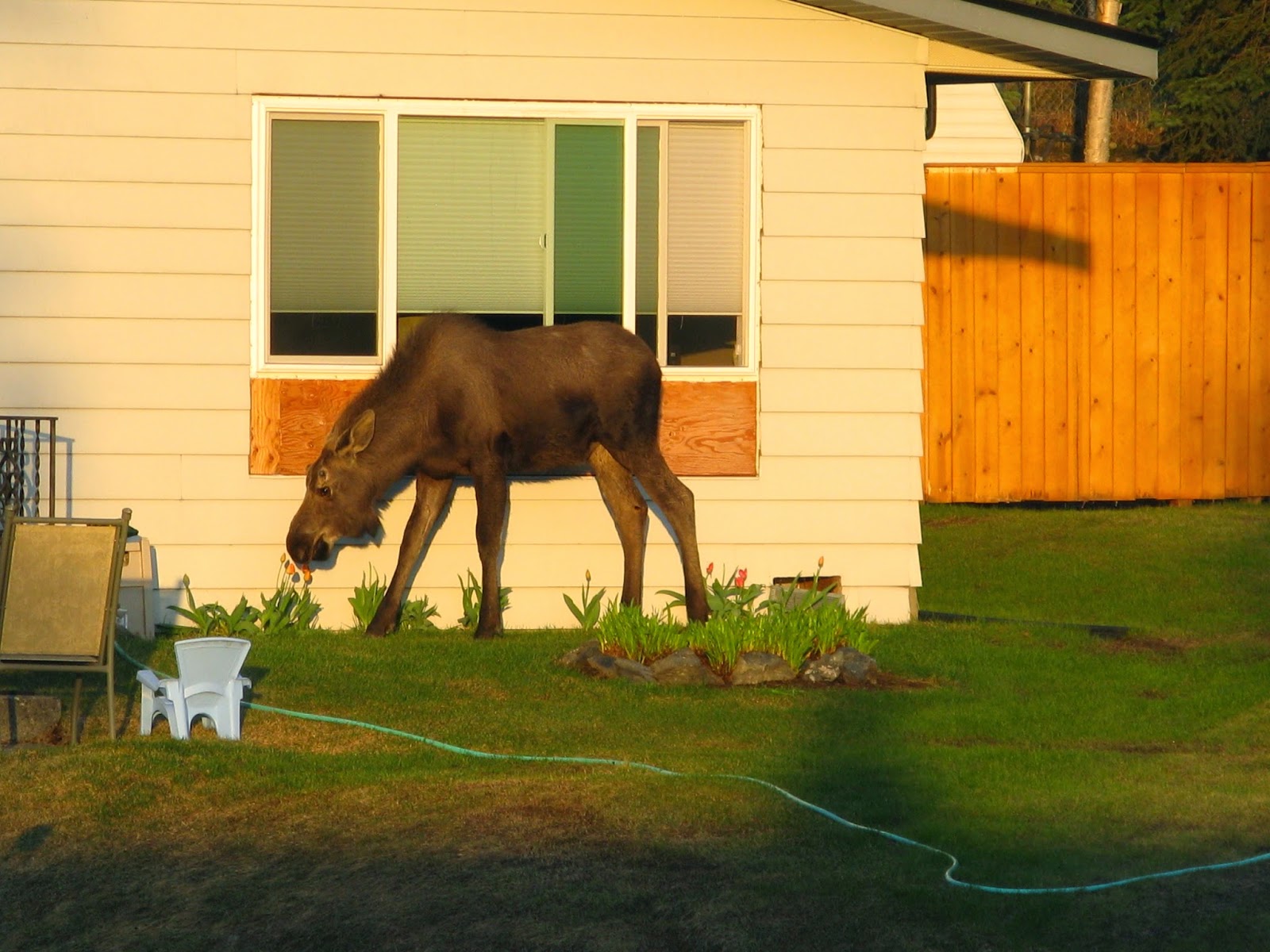 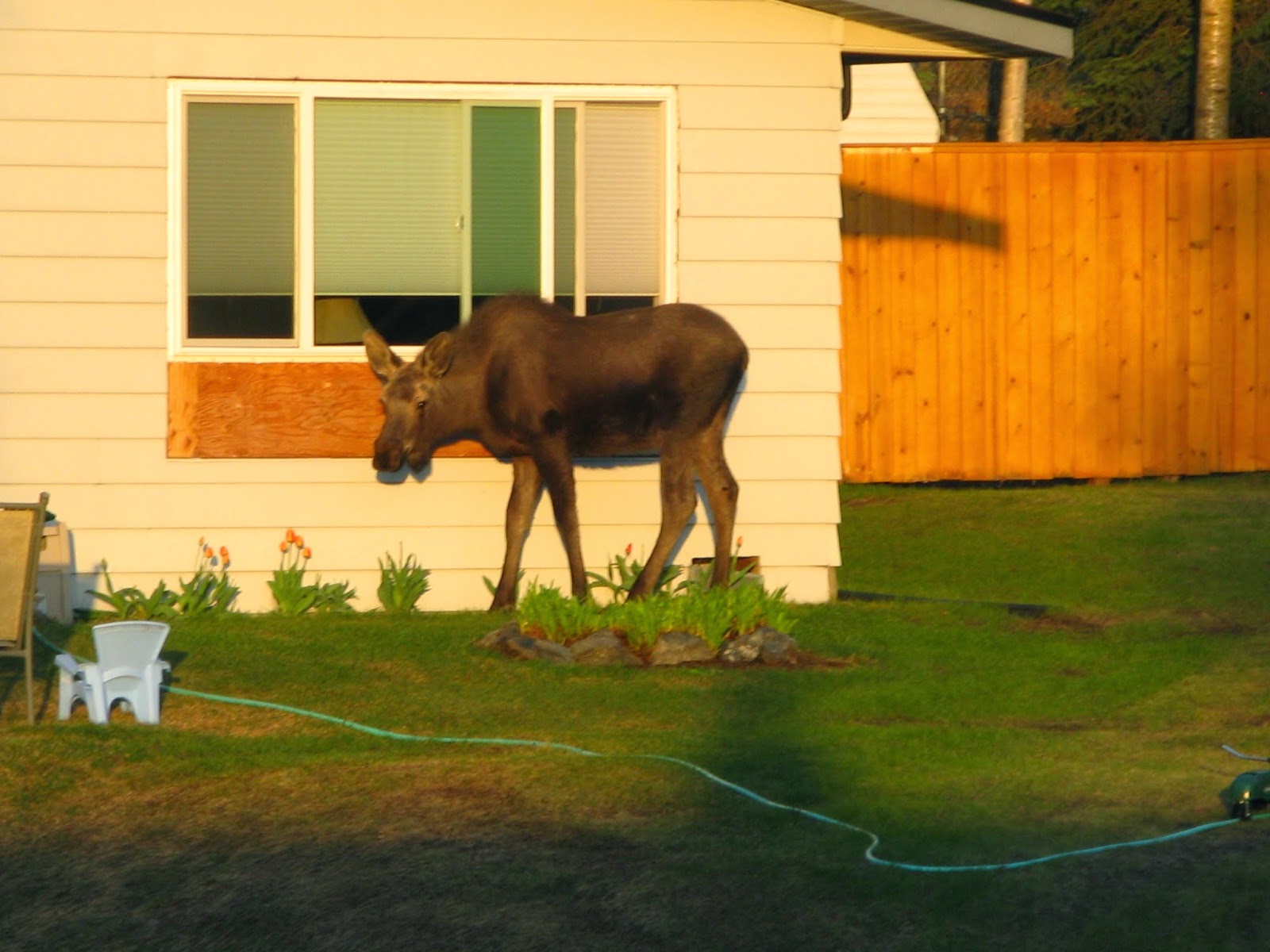 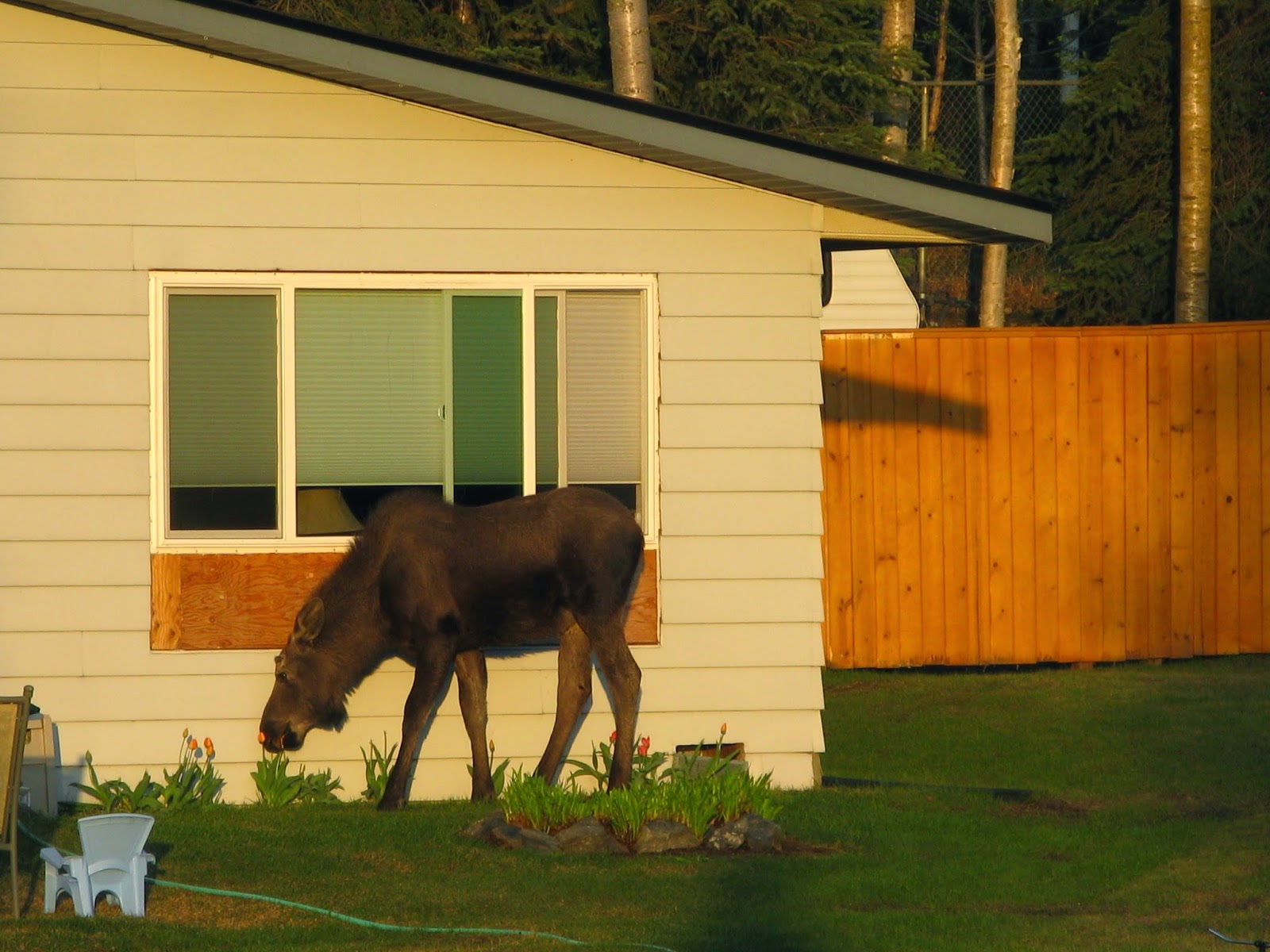 Haha, that moose was definitely caught in the act! Great read, thanks for sharing. :)

Why is da blog dormant now

Bike Girl here. Last summer was pretty busy and I got out of the habit of using the blog - I didn't feel I had much that was interesting to say. Whenever I thought about reviving, I worried that I couldn't keep the posts going - instead, I ignored it.

Recently I've thought of restarting it under a different format, but have not decided... "Bike Girl goes to Grad School" (as if I have the spare time!).

Thanks for asking - cheers!

I Wonder why the blog has been stopped now. alas.

Why the blog is inactive now