This time of year, I count down the days. Not just the days until Christmas or the new year, but the days until that yearly shift when the days stop getting shorter and begin to get longer. We're now just a few days from solstice when we can begin counting as, imperceptibly at first, our daylight returns. 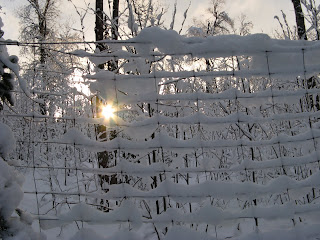 Far North Bicentennial Park, Dec 15, 2011
I'm noticing it even more this year as I turn to the vitamin D and try to get out a little during the daylight (I won't call it sunshine because that's been scarce). Last week's film fest and icy weather made me a little lazy, but this week I've been out three times on the snowshoes, stomping around Baxter Bog with one of my friends, then on my own in Bicentennial Park. But even my anticipation for solstice and the January trip Jon and I are taking has been a little dulled by my injury.

On a follow-up with my doctor on Wednesday, I told him I knew the recovery would be slow but the rest, physical therapy and daily exercises hadn't led to much noticeable change. He had me schedule another test. I almost cried at his office and regretted not having done the MRI right away, feeling I'd lost time in my recovery especially if it does reveal another injury. Surgery, he told me, is the only treatment if the labrum is torn. We scehduled the MRI for Friday.

After the visit, I ran an errand at New Sagaya's. While wandering among the saki sets and tea pots thinking about the ache in my shoulder, a song came on the sound system: 2000 Miles, by the Pretenders. What combination of tempo, melody and lyrics, I wonder, could make me feel so sad and reminiscent as this song did at that moment? I tried to not think about what the upcoming test might reveal, tried to not feel sorry for myself but swallowed the lump in my throat and headed for the nearest cashier. Save the tears for in the car or at home.

On Friday, I went in for the MRI. I tried not to think about the results as I lay inside the cylinder while buzzers went off and I closed my eyes, imagining 3-D slices cutting through my right shoulder. I focused on the different sounds the machine made, then stayed calm as the technician announced the next test over the intercom. Before and after the test, we chatted a little about bikes and biking, but I didn't feel so much enthusiasm as I felt reminiscent. Not really wanting to think of my favorite rides from last winter either on snow or ice. Knowing that one of the things I love about winter is out of my reach this year. I even miss skiing.

I'm hoping for the best, but trying to be realistic about what the next few months might look like. Whatever the MRI reveals, I won't be doing much dancing around a fire this solstice. There will be no midnight bike rides for the new year. I'm already trying to prepare myself for a different kind of Hawaii trip this time. One that involves less time in the water snorkeling & swimming and more time visiting cultural sites & resting with a book in my lap. We leave a month from today. Now I'll start counting the days and make sure I'm in shape for hiking. 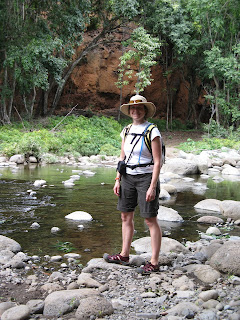 free exercise ball , yoga balls sometimes called, the muscles completely different that you would be able to do everything from sit-ups or crunches on a mat. The reason they work because they force your body to stabilize while you exercise. For example, when you lie down on a bench or mat exercise, your body is flat and stable, and the effort you need is specifically for the move you make.